Welcome to the World, Olivia! 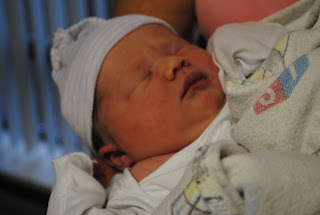 My sister gave birth to a beautiful baby girl today! Olivia Scott Barclay entered the world on September 27, 2010 at 8:06 am. She weighed 9 lbs 2.9 oz, and 20 inches. Ella is such a great big sister! Sara wasn't so sure what to think at first glimpse; but was so concerned when Olivia was upset. 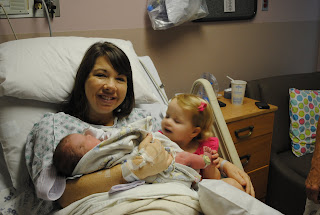 Kelly and her girls; Ella and Olivia 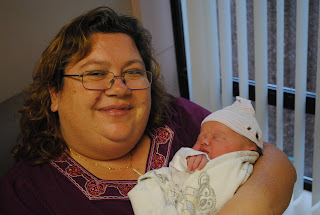 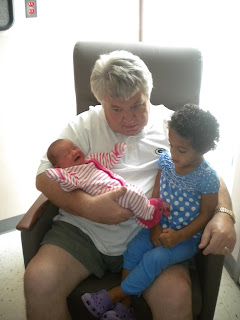 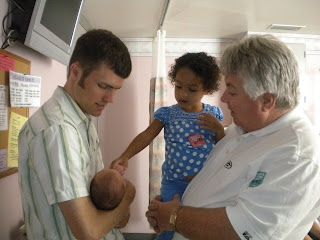 We love you sweet girl!
Posted by Life of 5 Letteers at 11:35 AM No comments: 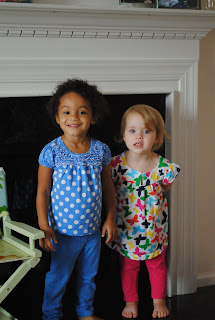 Sara and Ella are the best of friends, and even more cousins that can't get enough of the other! When the two of them are not together they are asking for each other and wanting to be with each other; daily Sara asks if she can call Ella. They play so well together and it is always fun to watch them talk to each other.

Additionally, Sara and Ella holding a huge part of grandpa's heart. He is so in love with them; and just one way the many ways the girls show him their love is to support his favorite team; the Green Bay Packers! 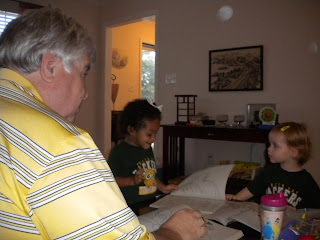 Sara and Ella Coloring with Grandpa 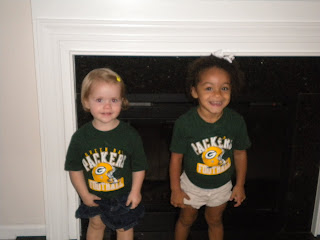 Let's go Packers, Let's Go!
We love your team, Grandpa but love you a whole lot MORE!!
Posted by Life of 5 Letteers at 11:24 AM No comments: 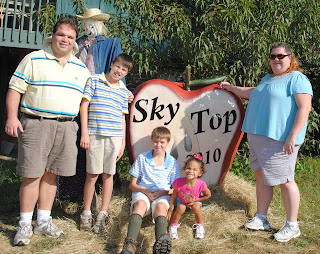 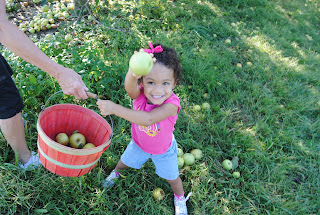 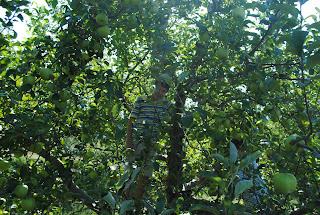 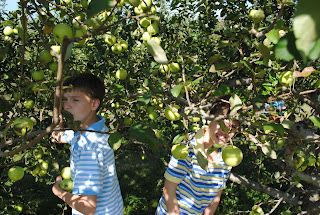 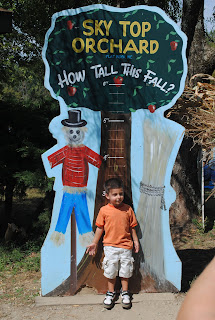 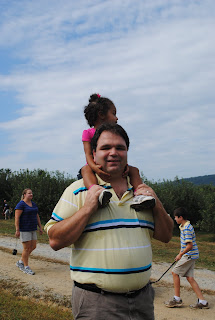 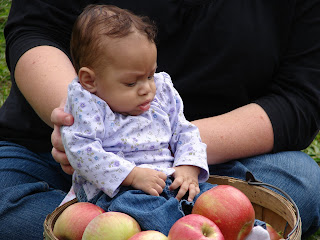 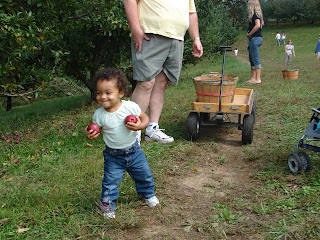 Jared and the Appalachian Trail

Congrats are going out to Jared and his boy scout troop. The boys left Friday night and headed to the Appalachian Trail for a backpacking and hiking trip. They hiked approximately 14 miles on Saturday and 6 on Sunday before heading home. Saturday night, they pitched a tent and camped along the trail. Each boy was responsible for carrying all their own gear including their sleeping bags, food, clothes, and water. Unfortunately, Jared didn't take his camera so we don't have any pictures.

Job well done Jared; we are proud of you!
Posted by Life of 5 Letteers at 10:35 AM No comments:

Xander and Sara finally were able to meet their newest cousin, Peyton Dawn Letteer. Once Sara held Peyton she became quite possessive; if I was holding Peyton; she would tell me "no mommy I hold her she's my baby." We all headed to David's parents house for lunch. It was a great time for Xander and Sara to meet Peyton as well as visit with their other cousins Amber, and Elizabeth; as well as Grandpa and Grandma Letteer, Uncle Andrew and Aunt Amber. Unfortunately, Jared wasn't able to be there as he was off hiking the Appalachin Trail with his Boy Scout Troop. 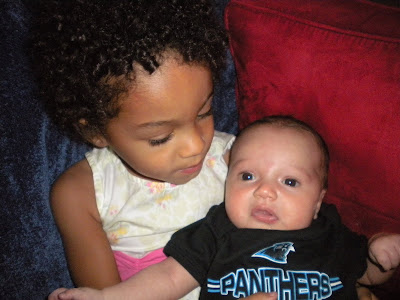 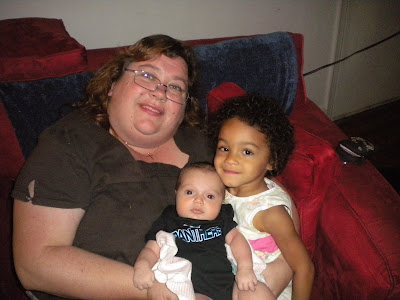 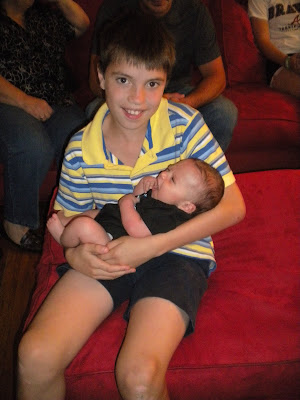 Since David and I were both off from work and all three kids had no school we took the opportunity to have a great day together as a family. Numerous people have told us about a great park about an hour away called Dan Nichols Park in Salisbury that we have wanted to check out. We had been told that there was a number of activities for all ages and it was fairly inexpensive; and right these people were. We are always looking for places that can accomdate a 2 yr old as well as a 10 yr old and 13 yr old. The boys were grumbling on the way, thinking they wouldn't have a good time thinking it would just be for Sara; until they saw all that was there.

We got there just as it opened which happened to be perfect, since it was Labor Day it got busy fast but we beat the crowds on most of the activities. At this park there is a carousel, petting barn, a small zoo, a little train ride, minature golf, gem mining, a splash pad, a paddle boats. David and I convinced Jared and Xander that they had to ride the carousel and train with us so all 5 of us could be together; then afterwards they could go to play minature golf while David and I took Sara to the zoo. The reluctantly agreed but in the end admitted to having a good time on both the train and carousel, shh don't tell them I let their secrets out :). It worked out just perfect that by the time Sara was done in the zoo and the play area the boys had finished their round of minature golf. Having allergies to animals I headed to the Gem Mining with the boys while David and Sara went to the petting barn; zoos are tolerable, petting areas- not so much. Sara and David ended up meeting us at the Gem Mining and Sara too had fun mining. The boys found some great treasures. We didn't make the splash pad or paddle boating; we'll definitely being going back; especially since we did all that for a total of $25.00; for a family of five and so many activities. 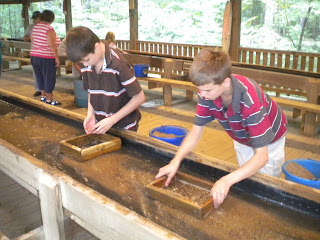 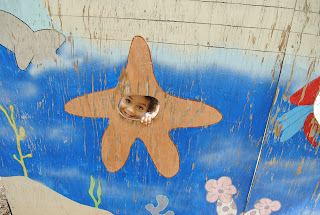 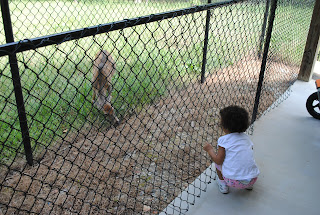 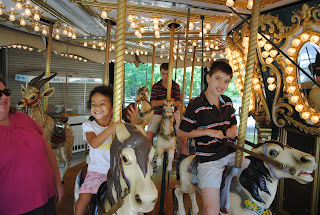 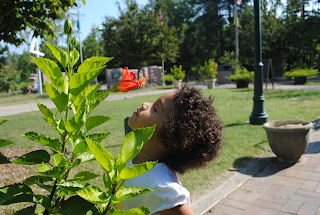 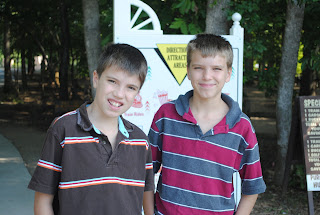 After we left the park and had lunch at Wendy's we headed to the NC Transportation Museum in Spencer, NC; which was only about 15 minutes away. All three kids were all excited to see the train and ride on. 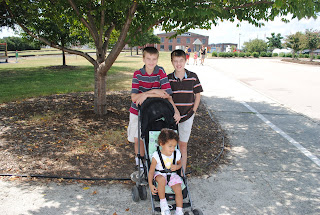 It was a great day spent as a family making wonderful memories. Looking forward to the next day trip adventure!
Posted by Life of 5 Letteers at 6:41 PM No comments: